Together we can change lives

Cara is the founding Executive Director of the Harding Miller Education Foundation and was appointed in March 2015. She leads the Foundation’s activities in supporting high potential girls with life-changing scholarships. In 2019, the Foundation has awarded 430 scholarships since 2016 across 200+ schools in every state and territory across Australia. 2019 also saw the Foundations first group of 68 graduates complete high school. Each student is supported with a package of educational resources valued at over $20,000 over 4 years. It is the most generous scholarship for public school students in Australia.

Although she grew up in Brisbane, Cara’s career has been spread evenly between Canberra and Sydney.

While in Canberra, she was in the Australian Army, a public servant in the Department of Defence and adviser to two Defence Ministers. In Sydney she has worked as an Adviser and Chief of Staff to two NSW Transport Ministers and the NSW Leader of the Opposition. She has also been a consultant in the Insurance industry and the local government sector. During this time, she volunteered at the Public Education Foundation, which led to her current role in the Not-For-Profit Sector.

Cara holds a Bachelor of Arts, a Bachelor of Business Management as well as a Master of International Development. She is passionate about climate change action, empowering women, ensuring equal access to education, and supporting young people. In addition to her professional commitments, Cara volunteers her time in support of these issues.

Cara is a theatre goer, an ocean swimmer, and a mother of a two-year-old.

Cara Varian – Executive Director – ‘Education is the most powerful weapon which you can use to change the world.’ – Nelson Mandela former President of South Africa. Speech at Madison Park High School, Boston, 1990.

Caroline Hill – Scholarships Program Manager – “You may encounter many defeats, but you must not be defeated. In fact, it may be necessary to encounter the defeats, so you can know who you are, what you can rise from, how you can still come out of it.” ~ Maya Angelou

Cassie Williams – Scholarship Program Administrator – ‘If you want to change a nation, to change our planet, educate a girl.’ – Former Prime Minister Julia Gillard, Chair of the Global Partnership for Education, 2015.

Melinda Zanello – National Philanthropy Manager – ‘The stats show when you educate a girl you educate a community, a country. When girls are educated, their countries become stronger and more prosperous.’ – Michelle Obama, former First Lady of the United States

Apply for a Scholarship

The Harding Miller Education Foundation is a registered charity in Australia, recognised as a Public Benevolent Institution advancing the cause of education. Donations are tax deductible with 100% going directly to scholarship recipients.
We acknowledge the Traditional Owners of country throughout Australia and recognise their continuing connection to land, waters and culture. We pay our respects to their Elders past, present and emerging. 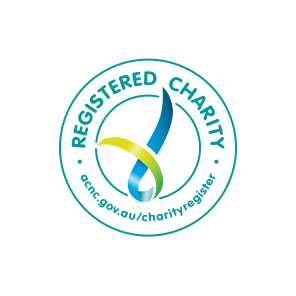